Articulated tugboats, are designed to lock in with articulated barges. Articulated tug barges (ATBs) consist of a tank vessel (barge) and a large, powerful tug that is positioned in a notch at the stern of the barge. Since the tugboat is locked into a notch, it essentially becomes part of the vessel, acting as the propulsion system. The hydrodynamic properties of the tug are irrelevant once the tugboat is locked into the notch. The barge provides all the hull form for the ATB system. The dimensions and specifications for this tugboat can be found in the table below: 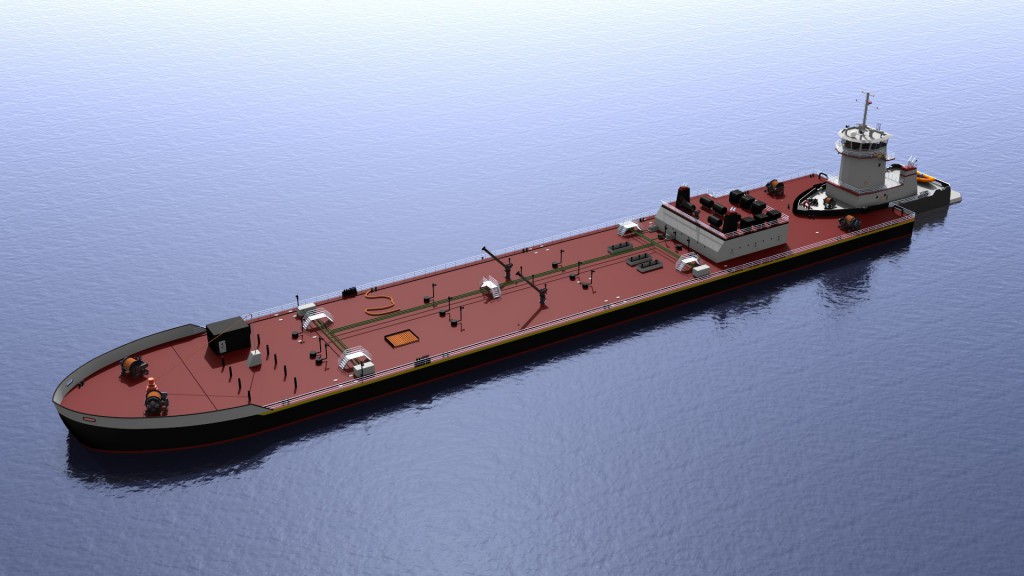